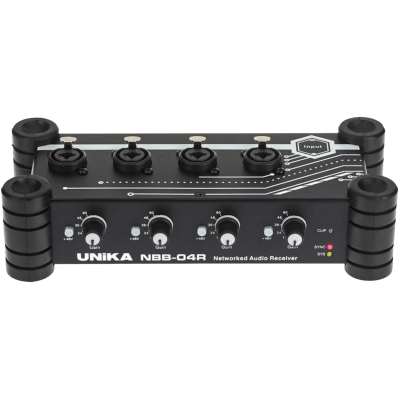 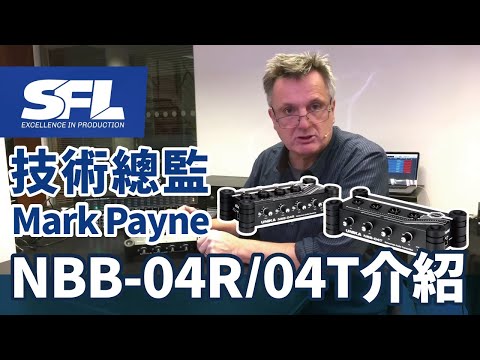 The NBB-04R receives 4 channels of analog audio and converts them into Dante networked audio stream which in turn can be received by other Dante-enabled devices such as digital audio console or DAW; While the NBB-04T, in contrast, transmits 4 channels of analog audio converted from Dante networked audio stream which is distributed from other Dante-enabled devices.

The NBB-04R and NBB-04T adopt Audinate Dante networking technology for audio transceiving, and are very network friendly with unlimited flexibility in topology of deployment. They support up to Layer 3 of IEEE 802.3 network standard, enabling you to organize your audio network with the on the-shelf Ethernet switches or to immediately transport streaming audio by taking advantage of your existing installed network facility with no hassle. Even better, every NBB-04R/NBB-04T comes with two Ethernet ports which allow you to physically cascade several NBB-04Rs/NBB-04Ts in the same network link. Accompanying with Ethernet switches, this capability helps NBB-04R/NBB-04T gaining flexibility and expanding territory in device deployment in audio networking.